Read more from us

Individual Differences, not a laughing matter… or is it? 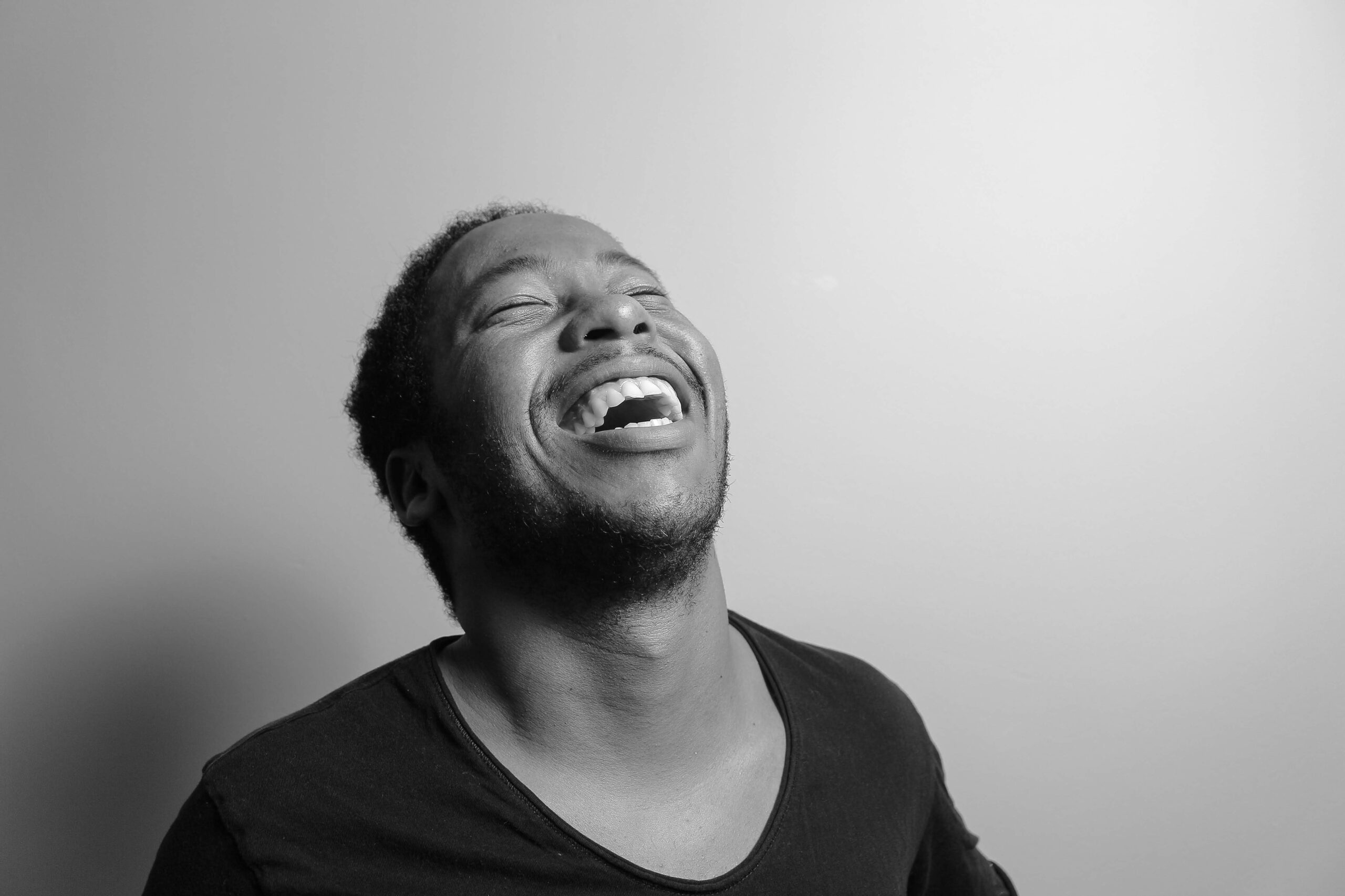 Two hunters are out in the woods when one of them collapses. He doesn’t seem to be breathing and his eyes are glazed. The other guy whips out his phone and calls the emergency services. He gasps, “My friend is dead! What can I do?” The operator says “Calm down. I can help. First, let’s make sure he’s dead.” There is a silence, then a shot is heard. Back on the phone, the guy says “OK, now what?”

The unexpected twist at the end often referred to as a punchline, is a critical component of any joke. However, the extent to which a punchline is considered to be humorous can differ widely. Whereas the one could laugh at the joke above, the other would find it morbid and tasteless. Yet what causes such differences in humour between individuals?

Humour is an important part of our everyday lives, being characterized by the positive emotion of amusement and the tendency to laugh. People from all ages, cultures and backgrounds experience humor, be it in various ways. It is oftentimes described as one of the important features of someone’s life; a matching sense of humour often being mentioned when asked to describe the ideal spouse. Seen such importance for our everyday lives, differences in humour are a noteworthy individual difference to consider.

Whereas previously, theories on humour used to focus on a specific domain of humour, such as for example Giora’s theory on irony (1995), McGraw & Warren have united those attempts into the all-encompassing Benign-Violations theory. In their view, in order for something to be considered a laughing matter, three conditions have to be met. First of all, a violation of the expected must be perceived. The second condition is that the perceived violation is considered to be playful, not damaging, not serious, it other words ‘benign’. Lastly, an incongruity needs to be perceived, also described as simultaneity, meaning that different meanings regarding the perceived can be held simultaneously. Taken together the theory thus describes that anything which violates an expectation held by an individual can be funny, as long as the violation is considered benign.

Development of sense of humour

Already early on in our development, the development of our sense of humour goes hand in hand with our exploration of the world around us, as can be wonderfully seen in the popular video of the baby above. In the video, the baby can be seen responding to the sound of his mother blowing her nose, first getting scared, and after that laughing. To us adults, someone blowing their nose hardly ever is considered funny, yet this child can be seen joyfully laughing in direct response. The Benign-Violations theory can usefully aid us towards understanding this difference. For the child, the loud sound of the mother blowing her nose violates the expectation the child has thus far construed regarding the functioning of his mother’s body, seen as she ordinarily does not produce such sounds with her nose. Therefore, the initial response is fear due to the association between loud noises and danger. However, already immediately when the mother stops blowing her nose, she can be seen to be fine, the situation thus being benign. As a result, what follows is joyful laughter. Over time, as we grow to experience someone blowing their nose more often, our perception regarding the normal functioning of the world no longer being violated. Consequently, as adults, we tend to no longer laugh when someone blows their nose, unfortunately.

Similarly, a joke we ourselves initially considered to be witty, stops being funny when it has to be explained. Whether being a clever play of words or something which was initially hilarious in the context, when having to be explained, the joke becomes the expectation, which is ironically exactly the reason why it no longer is funny, due to the lack of a violation component.

Apart from the necessity for a violation of an expectation, the occurrence needs to at the same time be perceived to be benign, which can be due to a variety of reasons. The main prerequisite in order for a violation to be benign is an absence of perceived hurt, either due to not feeling hurt or affected, or through cognitive distancing. Sexist jokes, for example, are more amusing to people who are not personally affected. An interesting domain of humour in this regard is the experience of joy or otherwise finding humour in others’ suffering, also known as schadenfreude. Whereas relatively few will laugh at someone falling to their death, someone clumsily falling off their bike more often would be considered to be humorous. In order for a violation to be benign, what matters, therefore, is the perception of hurt – rather than the actual suffering. It is especially when considered that one would never do something as stupid, or be as clumsy, as the other person, which makes such a situation benign to oneself, and therefore funny. A sufficiently high level of empathy towards the victim, however, or the suffering otherwise becoming too real, immediately makes a situation less funny.

The extent to which a certain level of psychological distance is experienced therefore strongly affects the extent to which a violation is considered benign. On TV, for example, violence can seem humorous, especially in the psychologically distant form of cartoons. Temporal distance can similarly play a role, a tragedy which occurred yesterday not being funny (too soon!), whereas the humour can be found in almost anything given enough time.

In an interesting set of experiments, McGraw & Warren have tested their theory, seen as only a benign-violation theory could explain a tragedy becoming humorous given enough distance, when compared to a mild misfortune which from a distance stops being funny. A perception of a too high level of threat makes it difficult to perceive a violation as benign, whereas too little threat makes it difficult to perceive a violation. In one of their experiments, they asked their participants which of two different situations they were more likely to find humorous: stubbing their toe, or being hit by a car. At the same time, they were asked whether they would consider themselves to be more likely to find it funny if it were to have happened yesterday, or five years ago. Consistent with the hypothesis, stubbing your toe was only to be considered humorous if it were to have happened yesterday, it otherwise being considered an irrelevant occurrence. In contrast, being hit by a car was considered to only possibly be funny were it to have happened five years ago, while being perceived as a possible tragedy were it to have happened yesterday.

In a follow-up experiment, their finding was conceptually replicated, showing that not only time but also perceived social distance could be of influence. In this experiment, the researchers tested the extent to which an accidental donation of €2000 in comparison to €50 was considered to be humorous, and whether knowing the person who lost the money was of influence. Confirming their hypotheses, a stranger accidentally donating €2000 was considered to be funnier than if it were to happen to a close friend. On the other hand, a close friend losing €50 was still considered to be funny, whereas not so if it were to have happened to a stranger. Such a minor loss happening to a stranger no longer poses any threat, it no longer being a violation, whereas a large loss no longer can be considered benign and therefore stops being funny.

The capacity to maintain a certain level of cognitive distance can thus contribute towards perceiving a situation which could otherwise be considered hurtful, to be humorous. When it comes to preference for different types of humour, the association between higher intelligence and preference for darker humour could similarly be explained through this finding. Such humour often makes reference to topics otherwise generally considered taboo. Seen the extensity of the violation, it is only when a certain level of cognitive distance towards the suffering can be maintained – for example through abstractification – that the situation can be perceived to be benign. At the same time, considering that intelligence is related to the capacity to mentally simulate alternative scenarios, not easily does an everyday situation violate an expectation. Therefore, only beyond the everyday topics are violations of the expected more readily found, towards which a certain level of cognitive distance ought to be maintained in order for them to be considered benign, and therefore humorous.

Differences in Sense of Humour

When considering individual differences in what is considered funny, it is essential to consider differences in individual realities and the expectations which someone holds regarding the functioning of the world around them. Cherish those with a matching sense of humour, for they expect the same things of life, and you can laugh at those benign challenges of how it all has to be, together.